So it’s 12:30pm, I’m back from Parliament Hill and the National War Memorial: 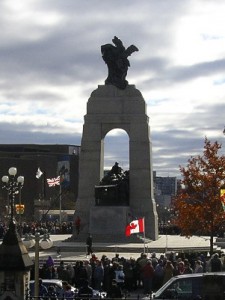 I took a stroll around the Hill and over to the Centennial Flame while the wreaths were being laid. It was pretty cold out, so I needed to move around a bit. I hopped on the wall surrounding the East Block to get some pictures of the parade, then moved a little farther east to get my pictures of the ]Governor General and the **Silver Cross Mother**: 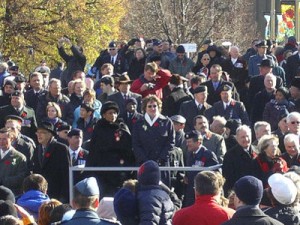 And the Prime Minister: 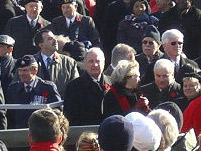 It’s quite moving to be in Ottawa, on Parliament Hill, for Remembrance Day. It’s really the heart of the country; seeing the flags at half-mast on the Parliament Buildings and getting the sense that the whole country is involved is incredible.