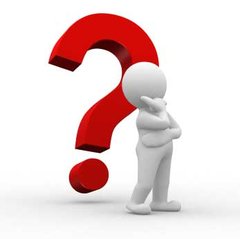 That’s my motto. I’m not fantastic about it making it happen myself, but I’m trying to make it what drives me.

For example, I’m in an operational position where I’m generally supposed to do what I’m told (as directed by someone in a tactical position, who’s been given direction by someone in a strategic position). But there is little to no direction given to me, so I make things up. Are they important? I don’t know, but they seem important to me, and to the few people who will benefit from the work.

Recently, I heard about something else that seems important, but that I had never about until then. Not even a little bit. Not even rumours. And still no one actually said it was important and that someone should work on it.

So I’ll keep working on my things until someone steps up.

Please tell me what you need
2012 April 17
Becoming an Expert
2012 February 14
Sooner or Later
2011 December 20
This entry was posted in Opinion, People and tagged decide, important, programming.