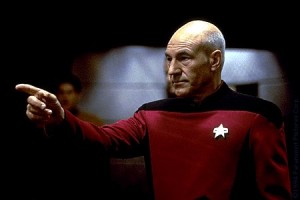 I don’t need to engage with someone who’s not engaged with me. I’m not quite sure what prompted me to think about this, but it happens fairly regularly.

For example, a small group is having a conversation and while discussing one issue, the conversation moves into other topics. Once the topic has moved away from whatever involved me, especially if I still had something to contribute, I’ll probably just shut down for a time, until the conversation either comes back around or moves onto something for which I have a contribution.

Another case is when someone talks about something as a general truth, but with which I disagree. “… so, of course, I had to tell her that was the wrong action to take …” Nope, it sounds like the right action, but you’re convinced and I don’t really want to get into it, so I’m just going to disengage and leave it alone.

I will listen and learn, don’t get me wrong, but I almost definitely won’t contribute. Perhaps this has something to do with introverts and extroverts, but probably it’s just me.

Feelings
2020 January 2
I think people don’t like coffee
2019 May 9
Kids at School
2012 September 7
This entry was posted in Opinion, People and tagged complaints.