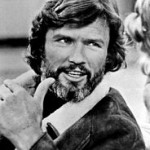 This week’s instalment of Music Monday is Sunday Morning Coming Down by Kris Kristofferson, written in 1969. Because Johnny Cash won a 1970 Country Music Association award for his recording, I thought it appropriate to use a clip from the Johnny Cash Show, with Cash and Kristofferson doing a duet. For whatever reason, I was always under the impression the song was Cash’s.

The Shawn Mullins version is from his 1998 album, Soul’s Core. I bought the Shawn Mullins album after _Lullaby* became a big hit, and I was really impressed with the whole album. Admittedly, I haven’t paid much attention to him since.