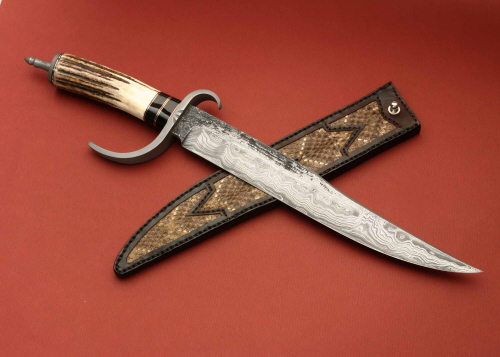 It was like something out of a nightmare. It was late, well past dark, when Carter rode the grulla stallion into the barn. The horse became skittish and Carter tried to soothe him with some gentle words. He dismounted and walked the still-bucking horse into his stall. That’s when he noticed that the other horses also seemed restless. Carter walked around the barn, looking for anything amiss, a fox, badger, skunk, anything that might spook the animals.

Something from Pa’s stories of the war started creeping into the back of Carter’s mind. What was it? Something— Oh. Of course.

Blood. Lots of blood. Pa was lying on his back in the only open stall. Blood was spattered around his mouth and flowing noticeably from a knife wound in his belly. He tried to speak, but only spit more blood down his chin.

Carter pulled the knife out of the wound and blood spewed and flowed over his hands, shirt, and pants. He grabbed for a saddle blanket that was draped over the stall wall and tried to put it around his Pa and staunch the blood at the same time. His Pa let out a long groan and was still. Carter dropped the blood-covered knife into the straw on the stall floor.